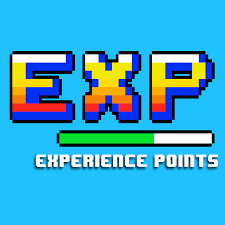 Though it's frequently said that D&D is a first and foremost a combat game, this does not actually accord with the way a lot of people play it in practice. There may be built-in "assumptions" about how many encounters make for a properly balanced game, but there aren't really many games that that incorporate these assumptions into actual play. On top of that, one of the strengths of D&D has been its versatility: not only can you play different sorts of games with the basic ruleset, you also have a large-enough player base to be able to select the type of players and to play the type of game you want.

I talked about putting this up, and it keeps coming up in private discussions, so I figured I would bite the bullet. It is a set of guidelines I use to award XP to make the the game less combat-centered, and to reward players that want to do other things. It's designed for 5e, but in principle, it could work for any D&D iteration. Some of these are vague, and need to be adjusted to the situation, but I still find it a useful blueprint. Some people prefer milestone leveling, of course; this provides a more granular system that allow you to reward individual character actions. It also allows a GM to slow advancement through the lower levels (to provide that old-school feel) by allowing characters to focus more on interaction and exploration.